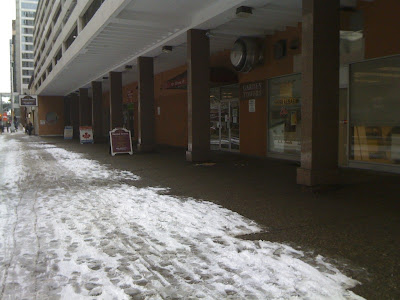 Other buildings on the block, namely the McDonald's and Mac's to the east, are apparently targeted for demolition or retrofit to further revitalize the neighbourhood. The ideal target, however, ought to be the looming tower that dominates. Replacement with a smaller more interactive, street-friendly structure would be a much wiser move.
Posted by Pat at 6:57 AM